OpenStreetMap.org  is a wonderful community driven maps portal. We can create maps in our own language too.

Here is an Image of Tamil Map.

I am much inspired by the Tamil maps provided by OSM. Only thing we have to do is to translate all the strings to tamil.

I had a discussion on this with my friend Srikanth Logic long time back. Here is the chat notes from that discussion. 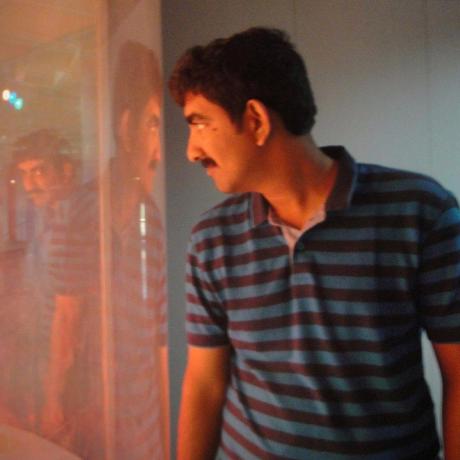 How to translate the strings on OSM to Tamil?

hosted with ❤ by GitHub

2. copy paste in to script editor.

In the script editor, we need to chose OverpassToGoogleSheets on “Select function” dropdown
This is entry point for the script

There are lot of queries which I have executed in past in comments
These may not be of help (as they may have already been translated, but just for reference.

if everything works, you just need to change query as per data needs.
QueryOverpass –> This function actually posts the overpass query as a parameter to Overpass server, gets response from OSM database.

In case, you dont get data, check if you get response from server http://overpass.osm.rambler.ru/

You can change server in case its down. http://wiki.openstreetmap.org/wiki/Overpass_API#Introduction all other servers are shown here.

ParseReponsePopulateSheets –> After getting a successful response from OSM, next this function will actually parse data and populate sheets

QueryWikidata –> At bottom of script. I have commented now, wrote PopulateWikidataColumn function.

But there one limitation of google sheets.
Every HTTP call you do from this is counted as part of quota
=GOOGLETRANSLATE consumes quota, running this script (which makes HTTP calls to overpass server consumes quota)

Google has some strange limit (~2000). But we are dealing with say 500 strings in output. 500 Google Translate will eat quota for single query itself.

This is across sheets (not just for this), so I keep exhausting my quota even as I open some of these sheets. So, use these for smaller queries, dont open / close browser tab (these sheets) too often.

Quota gets reset in a day.

Okay, Now query building.
http://overpass-turbo.eu/ is the place to play with; Its a query browser

Lets take this query as example. Its a simple query. We can write even more complex queries.

The first two tags tell output must be in json and 3600 secs is timeout, which you are willing to wait. In case of large response, bbox specifies geo-coords within which you want to restrict the search.

that box is roughly main chennai

https://wiki.openstreetmap.org/wiki/Bbox
You can change bbox as needed.

Here we say select all nodes, which has a key “amenity” and corresponding value as “hospital”

[] [], default behavior is AND. So, all nodes with amentiy value as hospital AND “name” as anything (. is for any value, like *) and “name:ta” is not equal to . (any value); Not equal to any is usually empty / null

paste the above query
run

Will get the result in the right side map

Check above page for complete documentation of query language.

roads –> Small difference is
its a way, not node

But nothing changes from query / sheets perspective.
Instead of node id , you will get way id.
only while uploading back, upload script needs to take care.

Uploading to OSM after Tamil Translation

I will also give brief overview on upload script.

Please try the upload script with a new ID for a small data set; (2 translated nodes csv)
1. Create a new OSM ID
https://github.com/srikanthlogic/osm-ta/blob/master/osm-csv-names-loader.py is the script

its simple, you will get it in 2 minutes, read once..
Example csv is at https://github.com/srikanthlogic/osm-ta/blob/master/csv-example.csv

Using this script, we can upload the translations to OSM.

The above are not a detailed tutorial. This needs some hands on experience on OSM, OverPass, Google Sheets, Python, git, Linux, Commandline etc.

If you are interested in creating OSM maps in Tamil or your language, mail me on tshrinivasan@gmail.com or comment here.

Let us collaborate to create maps in our own languages.